Eriksen's new project The Trio de Pumpkintown (Tip, Zip and Potter) celebrates the multicultural folksong of a fictional New England village in fresh, acoustic arrangements. Much of the Trio's music comes from the 18th and 19th centuries: love songs, murder ballads, songs of travel on the high seas, rollicking Afro-Celtic sing-alongs, music of local francophone and Scottish communities and shape-note harmony including that of 18th century Native American composer Metacomet Samson. In addition to their Traditional New England Repertoire, the Trio also plays their own original music and, occasionally, songs by local P’town bands and music drawn from their contact with more recent immigrants to the area.

While The Trio de Pumpkintown’s own compositions have been praised as “strange and original works” (NetRhythmsUK) and “wicked awesome” (The Pumpkinville Daily Sewer), the band is also devoted to preserving other local music of the late twentieth and early twenty first centuries, and their performances sometimes include an acoustic cover version or two of songs by P’town bands like Weasel Stain (copcore), Crucifer (vegan doom) and Vaginasaur (anarcho-feminist postpop). Adding to their historical and original repertoire, The Trio de Pumpkintown sometimes draws on material gathered during the course of their collaborative research into minority musics in the region. 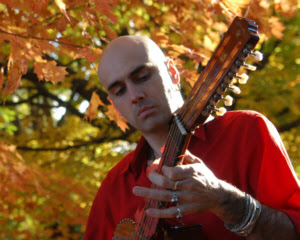 Pumpkintown has been known regionally as a musical destination for nearly two hundred years, from renowned 19th century singer Josh Billings Sr. (“Black Josh) to the indie rock scene that popped up virtually overnight after an early 70’s gig by The Shaggs at the old meetinghouse. The Trio learned much of its traditional repertoire from their friend Silas Billings III, a font of traditional songs he learned from his great uncle Josh Billings Jr., who in turn learned them from his father. Silas, who also has a longstanding relationship to Sprigfield County’s indie scene, is just one of several local musicians to have made a guest appearance on the Trio de Pumpkintown’s pre-debut album Josh Billings Voyage: or Cosmopolite on the Cotton Road. The album is available online at timeriksen.bandcamp.com, at A.J. Hastings Newsdealer and Stationer in downtown Amherst, Massachusetts and worldwide at various locations where the band has hidden copies in the woods.