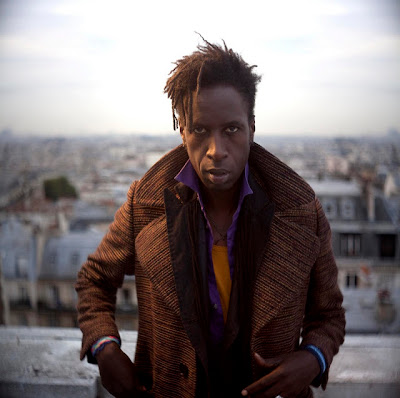 Saul Williams possesses the theatrical flair of an actor, the literary arsenal of a Beat poet and the soul of a trip-hop musician. These talents first came together when he co-wrote and starred in the 1998 movie "Slam," playing a small-time-drug-dealer-turned-slam-poet. With life imitating art, Williams has carved out a career exploring the intersection of poetry and music, alternating between publishing books and releasing LPs that explore themes of inequality and transformation. 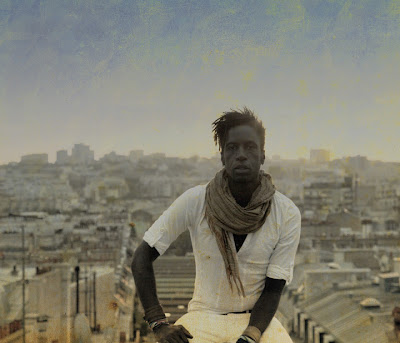 
This exploration of identity reached its peak when Williams adopted a glam alter ego for his 2007 album, "The Inevitable Rise and Liberation of Niggy Tardust," channeling David Bowie. His latest album, "Volcanic Sunlight," peels back the layers of artifice, beautiful as they were. In the first few seconds of opening track "Look to the Sun," Williams declares, "The labels that I claimed as me / were no more than a skin / I wrapped around my consciousness / as if it had an end." The words roll off his tongue with precision and speed yet land on the ear with an inviting ease. "Girls on Saturn" riffs on Cyndi Lauper's pop anthem "Girls Just Want to Have Fun," and "Explain My Heart" coats philosophical ruminations in punchy riffs.

"Volcanic Sunlight" marks a musical catharsis for Williams. It may not have the complexity of his previous works, but some thoughts are best expressed simply. 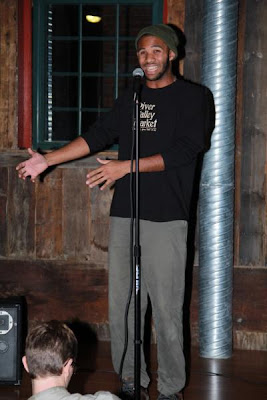 Chris Gonzalez is a 20 year old performance poet, musician, and director from Northampton, Massachusetts. He has recently started performing all over the state from colleges, to bars, to cafe's to libraries to living rooms. He has just self published a book of his own poetry entitled "Some Poems", a piece that explores the rhythmic undercurrents of consciousness during meditation, intoxication, anxiety, pride, promiscuity, or while walking barely sentient among the flower beds of his city. His primary influences are The Notorious BIG, Sylvia Plath, Walt Whitman, Andre 3000, and Allen Ginsberg. He has recently begun performing Ginsberg's epic "Howl", which he has memorized in its entirety and adapted with his own perspective for a new synthesis, a new vision, of Beat/Hip Hop/Performance poetry for this generation as he see's it. Listen to Chris. 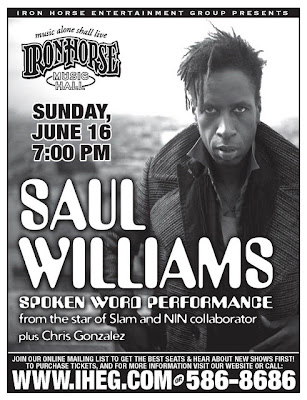 Click Poster For Tix
Posted by Jim Neill at 5:27 PM